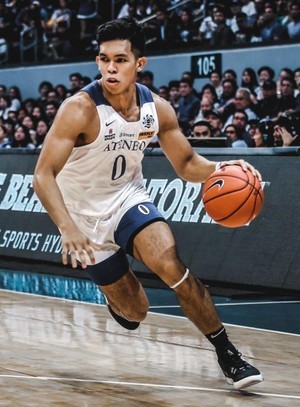 Bringing energy and excitement to the people of Asia in this time of COVID-19 through the power of sports.

Mandom Corporation (headquartered in Osaka, Japan; Representative Director and President Executive Officer: Motonobu Nishimura, hereafter referred to as Mandom), a growing brand of cosmetics for young men, has announced the launch of GATSBY GLOBAL CHALLENGERS (GGLC) project. The project aims to bring energy and excitement during the time of COVID-19 to the people of Asia by working with young athletes active on the global stage.

Thirdy Ravena, a basketball player set to start with the San-en NeoPhoenix in October for the 2020-2021 season for the Japan Men’s Professional Basketball League, or B.League for short, has been chosen to serve as the GGLC Project Ambassador. Thirdy Ravena will be coming to Japan from the Philippines as the first of B.League’s Asian Player Quota picks.

GATSBY has also inked a Top Sponsorship Agreement with Ravena’s team, the San-en NeoPhoenix to communicate a message, EMPOWER ASIA! A new logo, designed to encourage Asia gripped by COVID-19 concerns, will be used for the first time on the team’s away uniforms* in the B.League.

For all the away games during the season, the players of San-en NeoPhoenix, Thirdy Ravena among them, will be sharing the EMPOWER ASIA! message with everyone in Asia, and not just the fans in Japan and the Philippines, making their games much more exciting.

The growing spread of COVID-19 has not only physically and mentally exhausted people with concerns for their health, it has a wide range of impacts in other areas as well. Sport has been one of the fields that have been hardest hit by the impacts of the virus, but we also continue to believe that sport not only brings the hope and entertainment to people, it also possesses an embodiment of the strength needed to overcome difficulties. GGLC is a project that will borrow that strength and power from sports, working together with young athletes, to bring energy and excitement to the people of Asia, together with GATSBY, a brand that continues to be well known to young men in the twelve countries and regions of Asia.

The Philippines, where Thirdy Ravena is from, has endured one of the world’s longest lockdowns in response to COVID-19. With the drastic impact the virus has had on the Philippines among its Asian neighbors, Mandom needed only recall that the Philippines has not only been a place of growth for the GATSBY brand but that it was also the first country outside of Japan where Mandom sought to expand the brand in 1958. Thirdy Ravena was expected to succeed in the Philippine domestic professional league, and yet he chose to challenge his skills and growth as an athlete instead on the global stage. His strength and attitude resonated with us, which is why we selected him to be GGLC Ambassador.

Our message of EMPOWER ASIA! conveys our desire to share energy and excitement, through basketball and together with Thirdy Ravena, with the people of Asia. Our connections will not end here, either. We will continue to support Thirdy Ravena through the production of a documentary to highlight the challenges he has overcome, among other projects, as part of our ongoing efforts to bring energy and excitement to the people of Asia.

Thirdy Ravena is the first Asian Player Quota pick for the B.League and possesses physical skills and stamina levels that are off the charts. He attended the renowned Ateneo de Manila University in the Philippines, where he stood out with three years running as a most valuable player.

As a representative of our basketball club, I want to express my sincere gratitude to not only see an incredible new project like GATSBY GLOBAL CHALLENGERS get off the ground but also for the opportunity to be involved in that project.

As part of B.League’s core Asia strategies, we established an Asian Player Quota system starting this season. As part of our desire to bring San-en NeoPhoenix to a global level, we saw this system as an ideal opportunity to sign Thirdy Ravena to the team. The club wants to serve as a bridge of connections between the San-en region and the rest of Asia, and we therefore take this opportunity from Mandom to bring energy and excitement to the people of Asia very seriously.

The horrifying impact of COVID-19 is a threat to sports. Given that, we want to reiterate our commitment to overcoming the challenge of COVID-19, together with our wonderful sponsors and fans who believe in and support us. We will continue to play and embody the spirit of our team philosophy, "All out with all my heart," in the hope of sharing energy and excitement with everyone in the San-en region.

GATSBY has not only been useful to the various countries and regions of Asia, but it has also continued to support cultural activities for young people throughout Asia with projects like the GATSBY Creative Awards which support the work of students in creative endeavors across Asia. As the world grapples now with an unprecedented challenge, we made a decision, considering how GATSBY can help, especially at this time, to launch this project to support the player who decided to surmount that challenge in a different country and the team that has welcomed him. Our involvement, both in the form of our support for Thirdy Ravena and his team, the San-en NeoPhoenix, along with the EMPOWER ASIA! message, will reach out to everyone in Asia, and not just to Japan and the Philippines. 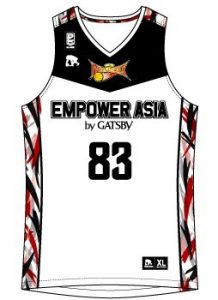 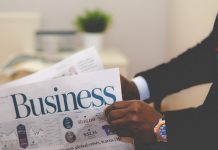 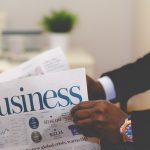 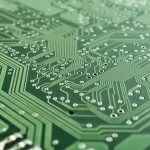 Procter & Gamble and the IOC Announce an Extension to their...