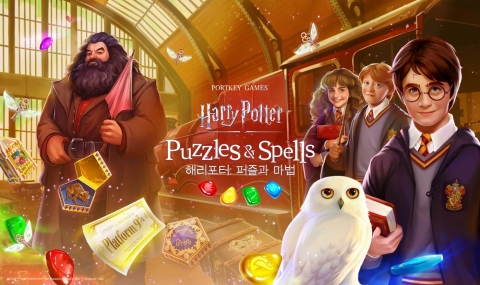 Recipient of a Google Play 2020 Award for Best Casual Game and Apple App Store Editors’ Choice Award, Harry Potter: Puzzles & Spells is now available for free download on the App Store and Google Play in South Korea. Players in this region can access all current and previously released content, featuring more than 1,000 magic-infused Match-3 puzzles inspired by the story of Harry Potter and the wizarding world.

Alongside the game’s launch in South Korea, all players of the game can access new avatar customizations inspired by recording artist and Harry Potter fan, Zayn Malik. These customizations, including new beard, earring, eyebrow, hair and eye options, were developed to create Malik’s avatar in December, and are rolling out now in-game to all players.

“Harry Potter: Puzzles & Spells has earned awards and recognition for its compelling gameplay and authentic portrayal of the beloved characters, locations and magic of the series,” said Bernard Kim, President of Publishing at Zynga. “But it also brings a spirit of competition to the Wizarding World, as players join in-game Clubs with other fans to rise through the ranks of global leaderboards. As some of the most avid and competitive gamers in the world, we’re excited to welcome players in South Korea to enjoy the magic, community and Club competition of Harry Potter: Puzzles & Spells.”

In Harry Potter: Puzzles & Spells, players enter a Match-3 adventure brimming with the spells, humour, colour and characters of the Harry Potter series. Featuring the soundtrack and voiceover recordings from the original Harry Potter films, fans follow an authentic, mobile retelling of Harry’s journey through the wizarding world. Earning spells and special boosts as they advance, players solve Match-3 puzzles populated with hopping Chocolate Frogs, fluttering Winged Keys, battling wizard’s chess pieces and other unexpected obstacles and objects. In the spirit of camaraderie and friendly competition at Hogwarts, players can join or form clubs with other fans to socialise, collaborate on puzzle strategies, share lives and vie for prizes in exclusive Club Events.

Zynga is a global leader in interactive entertainment with a mission to connect the world through games. To date, more than one billion people have played Zynga’s franchises including CSR RacingTM, Empires & PuzzlesTM, Merge Dragons!TM, Merge Magic!TM, Toon BlastTM, Toy BlastTM, Words With FriendsTM and Zynga PokerTM. Zynga’s games are available in more than 150 countries and are playable across social platforms and mobile devices worldwide. Founded in 2007, the company is headquartered in San Francisco with locations in the U.S., Canada, U.K., Ireland, India, Turkey and Finland. For more information, visit www.zynga.com or follow Zynga on Twitter, Instagram, Facebook or the Zynga blog.

Warner Bros. Games, a division of Warner Bros. Home Entertainment, Inc., is a premier worldwide publisher, developer, licensor and distributor of entertainment content for the interactive space across all platforms, including console, handheld, mobile and PC-based gaming for both internal and third-party game titles. Additional information about Warner Bros. Games can be found at https://www.wbgames.com/. 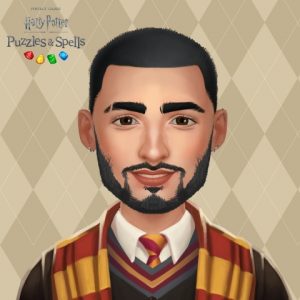 Why We Can Send A Rover To Mars, But We Can’t Send An Electron From New York To California 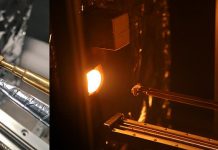 admin - May 22, 2022
0
Yesterday (Saturday, May 21) witnessed a historic Labor Party win in Australian federal politics. For 10 years, the Liberal federal government has denied climate change science and slow-walked the transition to renewable energy. Yesterday’s historic defeat for this coalition will change all that and likely lead to an EV surge. The final result will be […]

admin - May 22, 2022
0
Tesla is forming a new litigation department, CEO Elon Musk recently announced on Twitter. Tesla’s new litigation department will initiate and execute lawsuits, and the team will report directly to Elon Musk. He invited any applicants to send an email with three to five bullet points describing the evidence of their exceptional ability to a […] 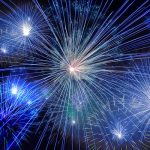 admin - May 22, 2022
0
Anthony Albanese vows to take the nation in a new direction, creating a renewable energy superpower.

Angela Rayner calls for ‘a fair day’s pay for a fair...

Spotify Announces Addition to Board of Directors

Zynga Teams up with Girls Who Code to Help Raise Awareness...